Installing WinDbg Preview in an operating system prior to Windows 10.

This article contains undocumented features that are not supported by the original manufacturer. By following advice in this article, you're doing so at your own risk. The methods presented in this article may rely on internal implementation and may not work in the future.

I'm not going to ask why you want to install and run WinDbg Preview on an older operating system. I'm just going to point out that you can also install and run it in a virtual machine, in Windows 10, and treat it as a host kernel debugger, as it is explained in this article. You will avoid a lot of potential headache if you do that.

If you want to proceed, keep in mind that the older those other operating systems become, the less chances you will have that WinDbg Preview will run on them. During my tests on Windows 8.1, I already had some issues when WinDbg Preview was showing errors during launch. I am assuming that things will get worse with time for this approach.

Also keep in mind that, although the new WinDbg Preview is not supported on OS's prior to Windows 10, the original WinDbg can still run there. And it also supports fast kernel network debugging. The only thing that you'd be missing there is the new UI of the WinDbg Preview.

Let's review what you can and cannot do with an older OS:

Even though you can technically just copy the WinDbg Preview files from an already installed app on Windows 10 from the following location:

That way you will be getting only the installed files of the app. In the next section, I will show you how you can actually download the entire app package.

How to Extract Contents of .appx Package

Since WinDbg Preview comes from the Windows Store, it is delivered as the appx package. By default, Microsoft Store app will not allow you to download it manually, or to even see it. The installation is done in the background, without the user having any access to the appx package itself.

Next I will show you how you can download & extract files from the WinDbg Preview appx package.

To do that, we will need to install a couple of programs:

Next steps will be to intercept the URL where the appx package is downloaded from. Before that we'll need to configure Fiddler. 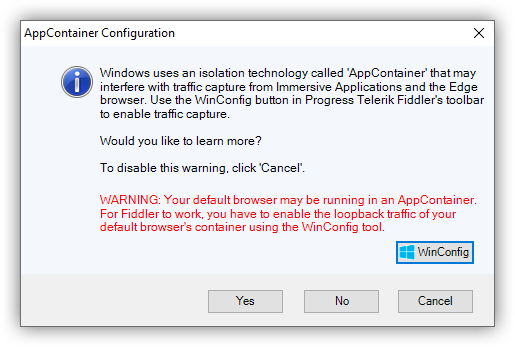 In the "AppContainer Loopback Exemption Utility" window, click Exempt All to check all items in the list: 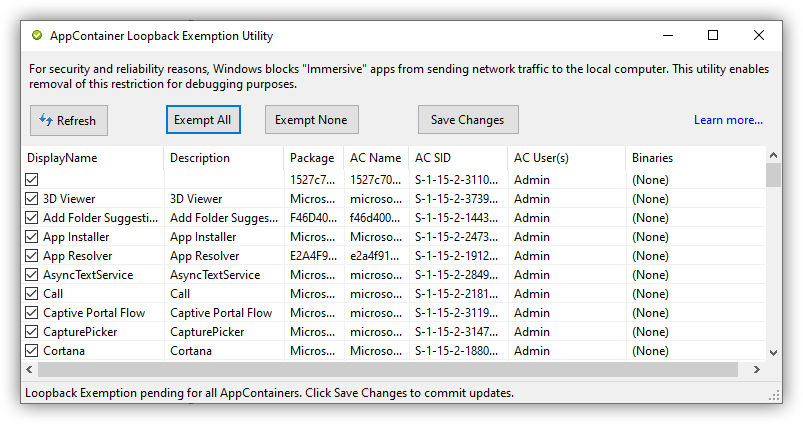 Search for Microsoft Store app in the Start menu and open it up, then search for WinDbg Preview in it:

Open it up. But before doing anything else, switch back to Fiddler and go to Edit -> Remove -> All Sessions: 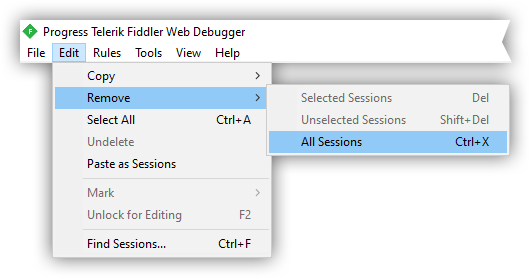 Then switch back to Microsoft Store app, and click the Get button for the WinDbg Preview app (or Install, if you downloaded it before): 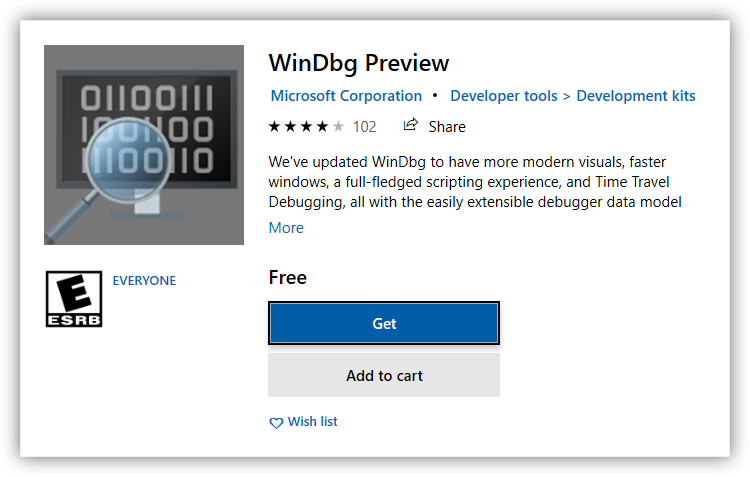 As downloading of the app begins:

Observe the Fiddler session list. You will be looking for a repeating pattern of the same URL for the moment when download progress bar was growing in the Windows Store app. In my case it was the pattern that began with the http://tlu.dl.delivery.mp.microsoft.com/filestreamingservice/files/ URL.

On the side note, notice that the Windows Store app is using an unencrypted connection, beginning with http:, to download the appx package, which hypothetically subjects your Windows Store app downloads to the Man-In-The-Middle attack. Not good, Microsoft!

Right-click on that line in Fiddlers, then go to Copy -> Just Url: 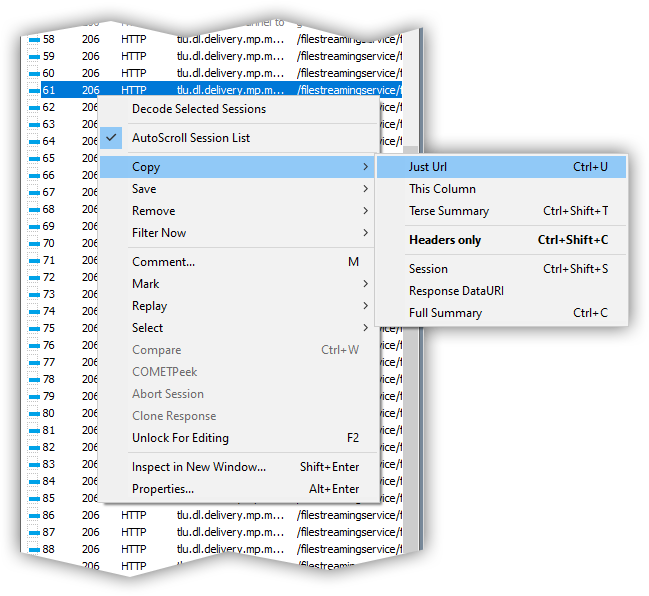 Then open your web browser and paste the URL into the address bar and hit Enter. This should download the raw appx package to your computer:

Open WinRAR and drag-and-drop the appx package, that you just downloaded in your web browser, into it. You should now see the contents of the appx package displayed in WinRAR: 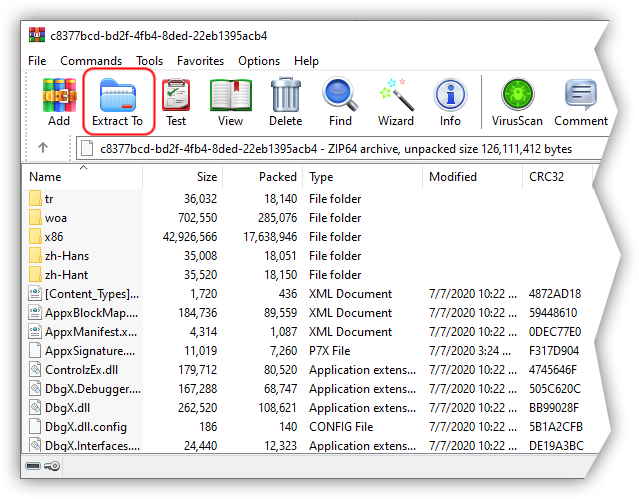 Click Extract To on the top of the WinRAR window, and extract all the files into some folder on your disk:

WinRAR, "Extraction path and options" window, with C:\Users\Admin\Desktop\WinDbgPreview path to extract files to.

At this point, your selected folder on disk will contain files extracted from the downloaded appx package: 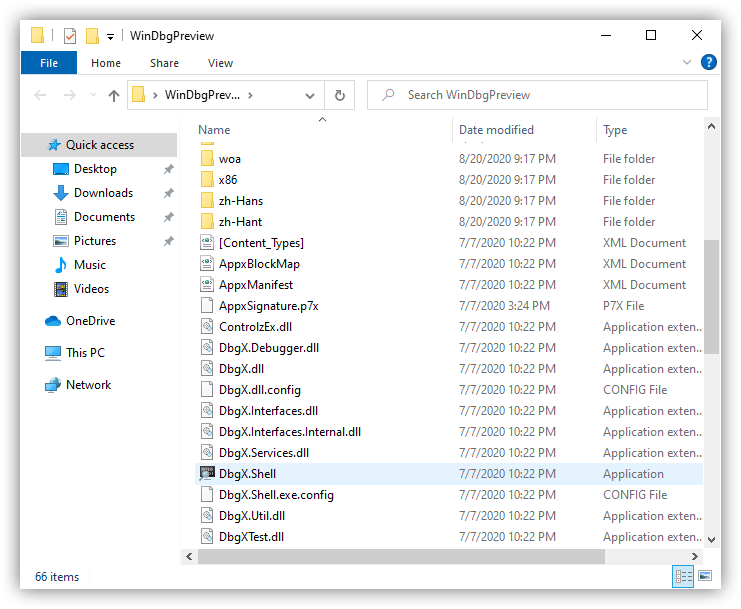 You can now close all other apps and save the folder your created above. (And revert your VM, if you did the extraction in it.)

This is what would've been downloaded in your appx package.

This part is very easy. Move the extracted appx package contents for the WinDbg Preview app to the target OS. (In my case I tried it with Windows 8.1.)

Since Microsoft doesn't install appx packages into the Program Files folder on the boot disk, we'll follow suit. In my case I moved all extracted files into the local data folder:

After that simply run DbgX.Shell.exe file, and you should see WinDbg Preview loading up.

Note that in my case the WinDbg Preview app showed several error messages of missing APIs, that I was able to bypass:

The procedure entry point MiniDumpWriteDump could not be located in the dynamic link library C:\Windows\system32\vm3dum64.dll.

After that, the debugger UI loaded up and I was able to use it to connect to the kernel of another OS, that was running in another VM. 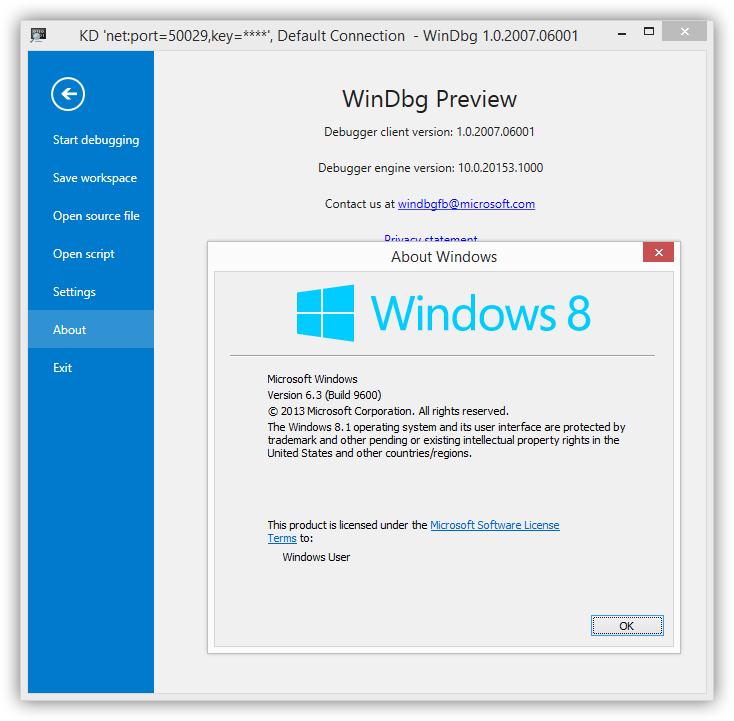 So the bottom line is that it kinda works. And, as of why would you want to do this? I'll leave it up to you ...

I haven't gone that far back to test it. But this person claims to have done it.