How to install the version of Windows 10 with reduced amount of bloatware.

You know the moment, when you've done something so many times that you don't notice an obvious thing that was staring you in the face? Well, that was a revelation that I experienced a few days ago when I was installing a copy of Windows 10 Pro in my debugging VM. In the process I discovered something handy. So, I'm writing this blog post to share my findings.

Quite a few of us probably saw this screen with different versions of Windows 10 while installing the operating system: 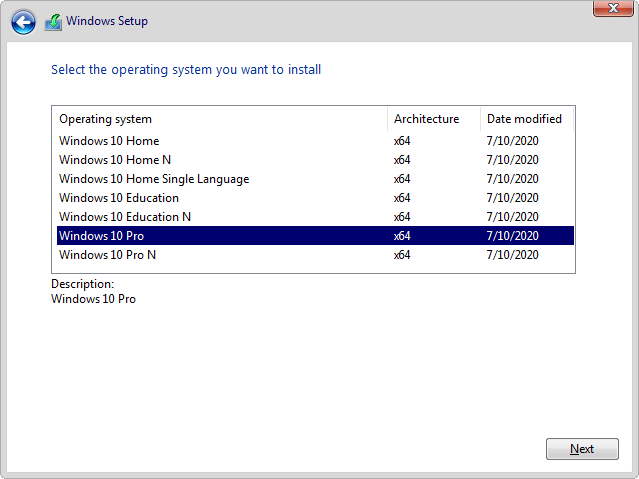 But how many of us just picked "Windows 10 Pro" without giving it a second thought?

Well, I've been doing it myself all this time. But let me tell you something that I've learned today - "Pro" doesn't always mean "better". While doing my installation yesterday, I noticed all those "N" versions of the operating system. So I became curious and Googled it. And what do you know, it turns out that this "N" version of Windows can be quite a good thing to install. Let me explain ...

According to what I've been able to find online, Microsoft released this "stripped down" version of Windows 10 for its European users. Evidently EU courts had a strong opinion about Microsoft predisposing customers to use their pre-installed apps and thus unfairly beating the competition. (It was a sort of a monopoly claim against them.) As a result, evidently weary of the past anti-trust litigations, Microsoft released altered versions of Windows 10 with all the multimedia and some promotional apps removed. Obviously they did not care to advertise those versions, neither to tell anyone that they existed. They just named them by adding the letter "N" to the existing SKUs.

What's also funny is the reaction of Microsoft reps & MVPs. They seem to have been instructed to use all kinds of highfalutin words to describe it:

... Unfortunately they are for different regions of the world and are not compatible. That being said, Windows 10 pro N is just windows 10 Pro without Windows Media Player and related technologies pre-installed including Music, Video, Voice Recorder and Skype.

Yeah, no sh*t, Skype app and other "media related technologies" are missing. 😆 That's the goal and the point that users were trying to deliver to you guys for years!

That is a good question. Having some free time, I installed each version in a VM. The difference can be easily illustrated with the screenshots of the Start menu: 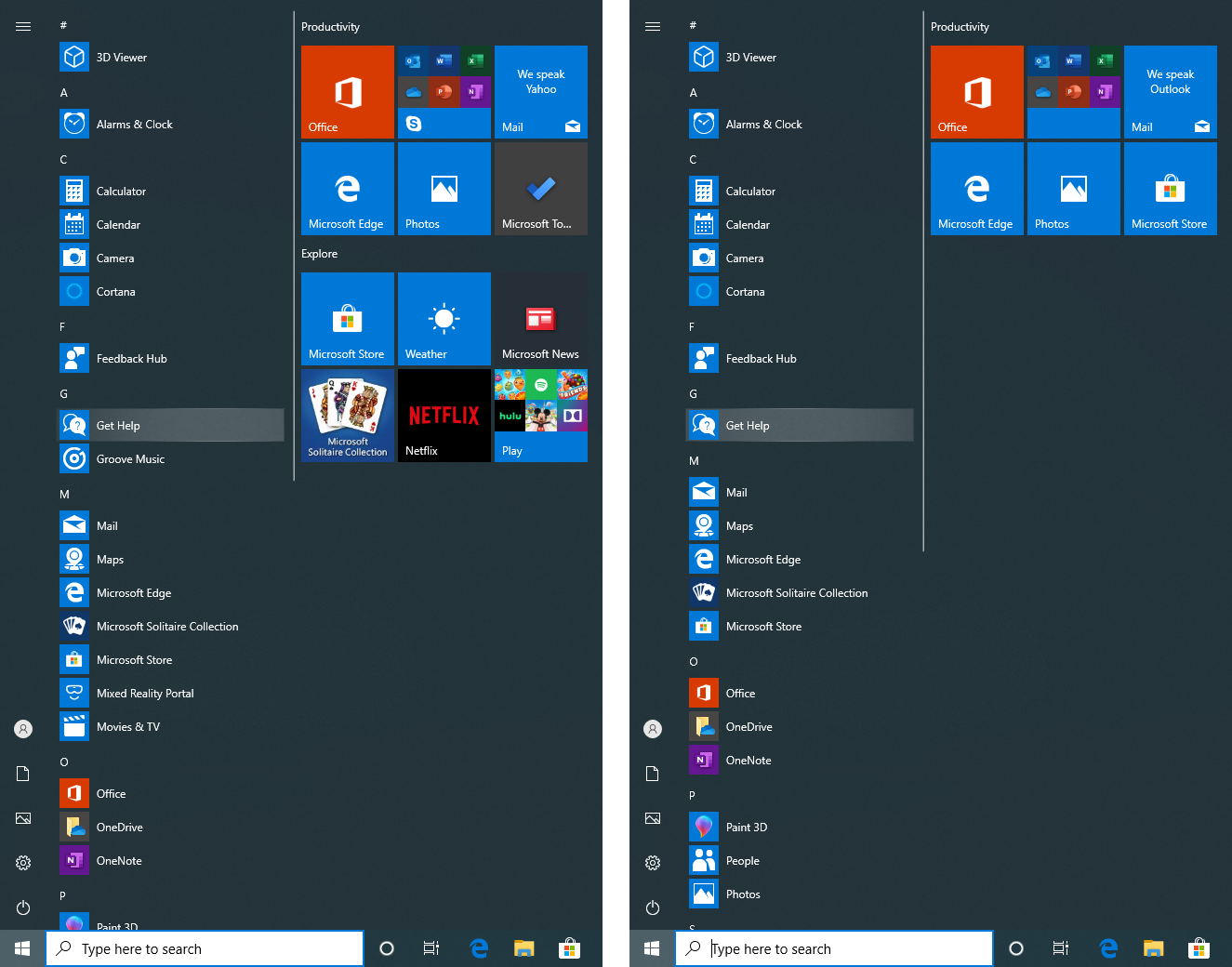 As you can clearly see the Start menu in the "N" version doesn't contain as much bloatware as the "Pro" version. (Although it still has Cortana and promotional Office apps.) Also notice the size of the scrollbar in the main list. As you can see the "Pro" version's scrolling area is much larger, which suggests that there's even more bloatware that was removed in the "N" version than what I'm showing in the screenshots.

And what about disk space usage?

I made a test for that as well. Two actually. One for each OS. I tested it in two identical VMs with the following specs:

Then installed these two OS's, one after another:

The results didn't differ that much for today's storage drives, since most of the UWP apps that are not installed by the "N" version are quite light. What you're mostly gaining here is the removal of the nuisance software that clogs your Start menu. Although, I've received a gain of about 600 MB of disk space when I installed Windows 10 Pro N, x64: 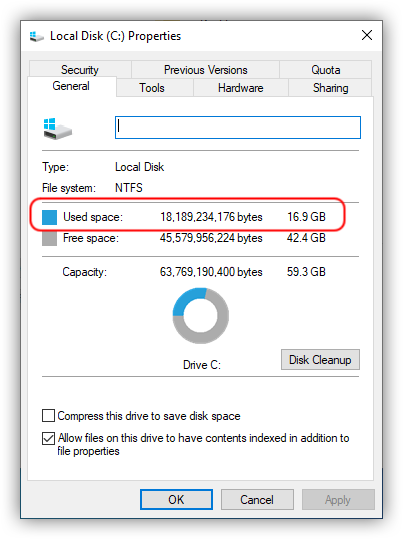 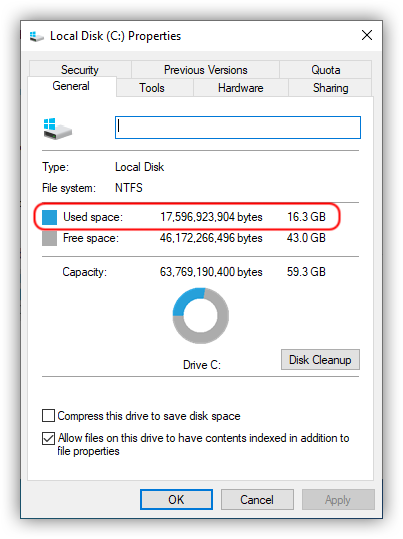 But what if I want that "bloatware"?

Then, no problem. Just go to the Windows Store and download it to your heart's content. The main point that I'm trying to make here is that other users, that do not want it, don't have to get it "by default", or foisted upon them.

I haven't really tested this, but it is quite possible that Microsoft will refuse to sell you the license for the "N" version of Windows 10 if you do not reside in the EU. But it also seems obvious that by using a VPN service it is quite easy to bypass this limitation.

But in all honesty, if you're installing a copy of Windows 10 in a VM purely for quick testing purposes and are not planning to use it for anything else, then you probably won't be bothering to activate it anyway. In that case, the "N" version could be the right choice for you. It sure will be for me.